It’s been an extraordinary week and the next fortnight will be critical for the future of our country.

I appreciate that sounds dramatic but it’s never the less accurate.

As you know Boris Johnson has decided to prorogue or suspend Parliament for a record (in modern times) five weeks and uniquely at a time of national crisis. I am very clear as to why he has done this.

You know our country is due to leave the EU on October 31st and Johnson says we will –  “do or die” and it’s increasingly obvious that Boris is set on a “no deal” Brexit. Crashing out of the EU without a deal is the worst possible outcome – rightly described by the former Conservative Business Secretary as “disastrous” for our economy. The Government’s own assessments show we are not only not prepared for the chaos of no deal, it will reduce the economic future of our country by up to 10% and the consequences for Northern Ireland are profound as any return of the border will wipe away the progress of the Good Friday Agreement and peace on the island of Ireland. So in short, a no deal Brexit is bad for jobs, for our economy, for peace in Northern Ireland and the future of the Union.

That is why the majority of MPs have repeatedly come together to vote against no deal.

Johnson knows, given the opportunity, MPs will again stop our crashing out of the EU without a deal and that is why he has suspended Parliament – to thwart us from acting in the interests of all our constituents. It is a disgrace and it also speaks volumes about the ruthless, ideologically driven determination of Boris Johnson and his Government to drive a no deal Brexit for which he has no mandate.

Boris Johnson’s decision on Wednesday was no doubt in reaction to the coming together of all the opposition party leaders the day before. I and others had made the case for legislation to stop a no deal Brexit rather than Jeremy Corbyn’s preferred option of a Vote of No Confidence. At our leaders meeting Corbyn was clear he now backs the legislative route.

Later we assembled again at Church House in Westminster with other MPs to sign The Church House Declaration – a cross party agreement to make sure Parliament sits until the Brexit crisis is resolved. Within hours Boris Johnson had decided to suspend Parliament. 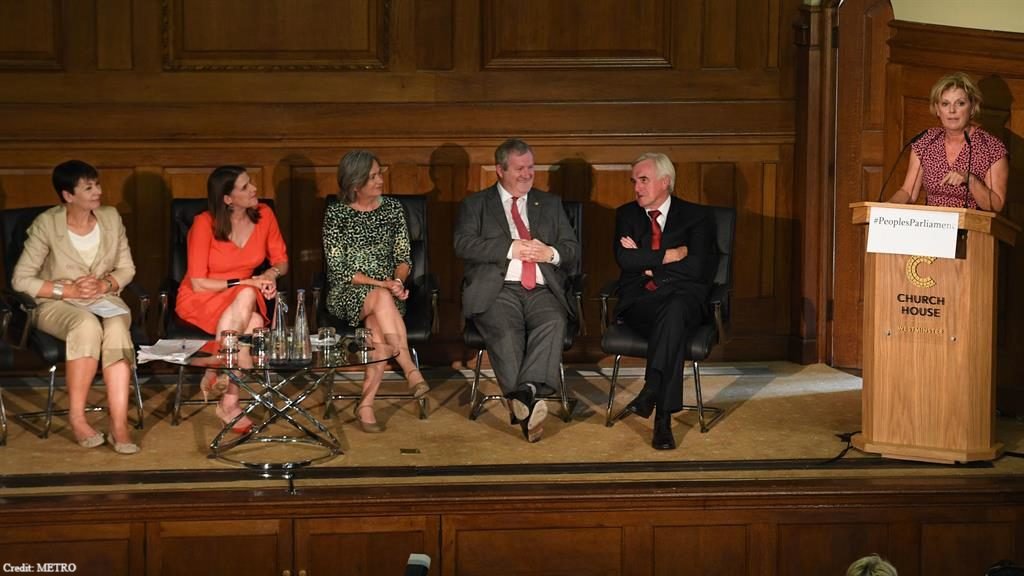 The week’s events not only show the need for people to put aside their other differences, however profound, to work together on one common cause at a time of national crisis. Events have also shown the relevance of being in a political party.

As a supporter of TIG for Change your voice was heard at all those meetings but I was only invited because I lead a political party. I was there because The Independent Group for Change includes 5 MPs and a growing number of members.

If you haven’t already joined us – we need you now more than ever. We have long warned of the risks to our parliamentary democracy – from both ideological extremes – and sadly we need to make this case more than ever.  We will only achieve our common aims by coming together as a political party with the resources – people and finances – to ensure not only that we do not crash out of the EU but that this matter returns to the people by way of a People’s Vote.

Join Us as a Member

In our determination to stop a No Deal Brexit we must not lose sight of that aim – because the only way to solve the Brexit crisis is a People’s Votes.

On Sunday I am speaking at a national People’s Vote Rally in Newcastle (if you can it would be good to see you there!). It’s now critically important we get behind the PV campaign – so if you haven’t already joined your local group please do so today. I would also urge you to express your views on this weeks events by way of an email to your MP – keep it short, polite and to the point. I hope my assessment of what is happening is of use.

Finally, please keep in touch and if you agree with me then join us today. If you are already a member I hope you received the good news on our policy development. Please do ensure you sign the petition, now well over 1.5 million signatures, calling for Parliament not to be prorogued.

If you can, have a great weekend.

This site uses cookies to give you a better browsing experience and help us understand how it is used. By using our site, you are accepting our use of cookies according to our cookie policy. Learn how to control your cookies at About Cookies.Close